A sign advertising a sale sits outside a Lumber Liquidators store on April 29, 2015 in Chicago, Illinois.

Stocks of major home construction companies fell on Wednesday, beleaguered by a slump in U.S. equity trading and a decline in homebuilder sentiment.

Declines in Lumber Liquidators and American Woodmark pushed the Home Construction exchange-traded fund (ITB) into bear market territory, down more than 21 percent from its 52-week high notched in January.

The moves came just after the National Association of Home Builders said that its monthly index of builder sentiment fell 1 point to 67 in August, the lowest level in 11 months.

Anything above 50 is considered positive sentiment, yet there are signs of growing concern among builders. The index hit a recent high of 74 last December. 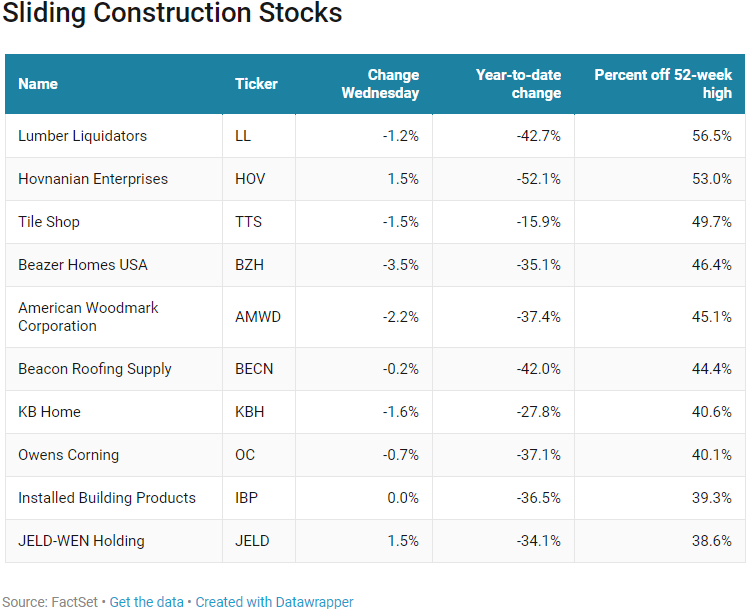 Almost 80 percent (37 of 47) of ITB components were trading in correction level or worse Wednesday afternoon, including all homebuilding companies.

Beazer Homes USA, which designs and builds family homes for entry-level, move-up, or retirement-oriented home buyers, fell more than 3 percent Wednesday, adding to a 46-percent drop since its 52-week high.