A trader laughs ahead of the closing bell on the floor of the New York Stock Exchange (NYSE) on February 1, 2019 in New York City.

Software stocks are among the first to fully make back the December losses, beating the market and the rest of the technology sector.

The S&P 500 software index touched its all-time high Thursday, roaring back more than 23 percent from its Christmas Eve low. The stand-out performance is driven by the group’s immunity to the China trade war, which hurt other technology companies, especially chipmakers. The secular trend of cloud technology and the booming merger activities are also boosting the sector, analysts said. 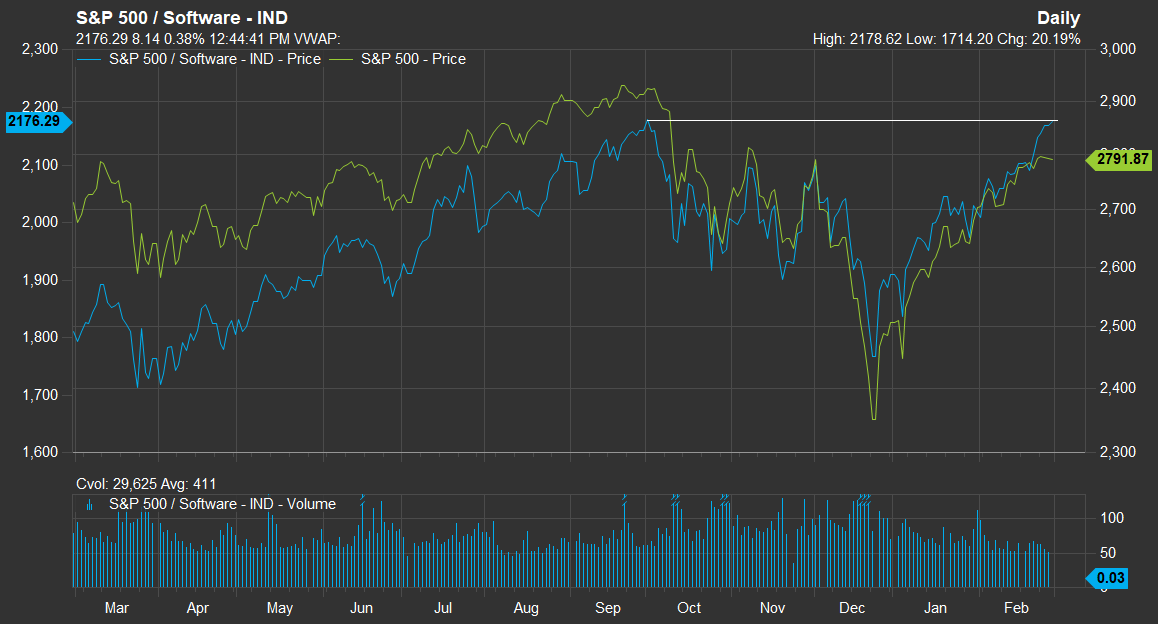 “They don’t have raw materials that are imported. [Tariffs] have more to do with chip companies, technology and raw material companies,” said Joel Fishbein, software and cloud technology analyst at BTIG. “There were pullbacks but they were not as dramatic. We are at a secular boom right now for software which we think will continue for several years.”

The group’s comeback is stronger than the S&P 500, which rebounded 18 percent from its December bottom. Software companies also held up well in the stock market’s worst December since the Great Depression.The 13-name S&P 500 software index lost 8 percent that month, in line with the S&P 500’s 9 percent bleeding.

The index includes Microsoft, Autodesk, Intuit, Red Hat, Adobe and Oracle. Software giant Microsoft recently regained the crown as the world’s most valuable company with $860 billion in market cap as of Thursday.