The Dow Jones Industrial Average rallied more than 500 points on Tuesday (and was continuing that rally Wednesday) after Federal Reserve Chairman Jerome Powell opened the door to a rate cut that traders have been crying for because of fears the economy is slowing.

Their love of Powell’s pivot is evident in this Dow chart here:

“We will act as appropriate to sustain the expansion,” was all Powell said, but that was enough to cause the market to leap.

Now contrast that with what happened on May 1, when Powell disappointed investors by appearing to downplay the odds of a rate cut by saying that he believed a slowdown in inflation was likely “transitory.” 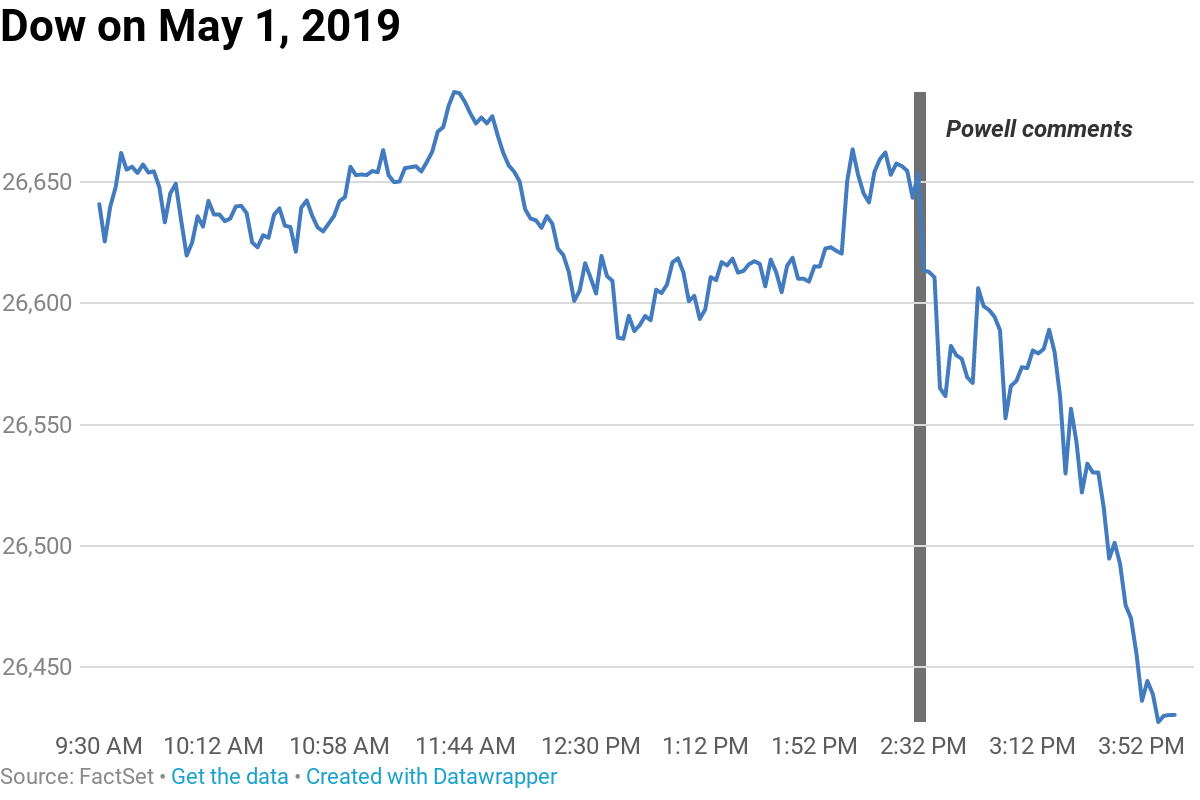 The Dow shed 150 points during that session.

What a difference a month makes when there’s a vicious sell-off in risk assets. 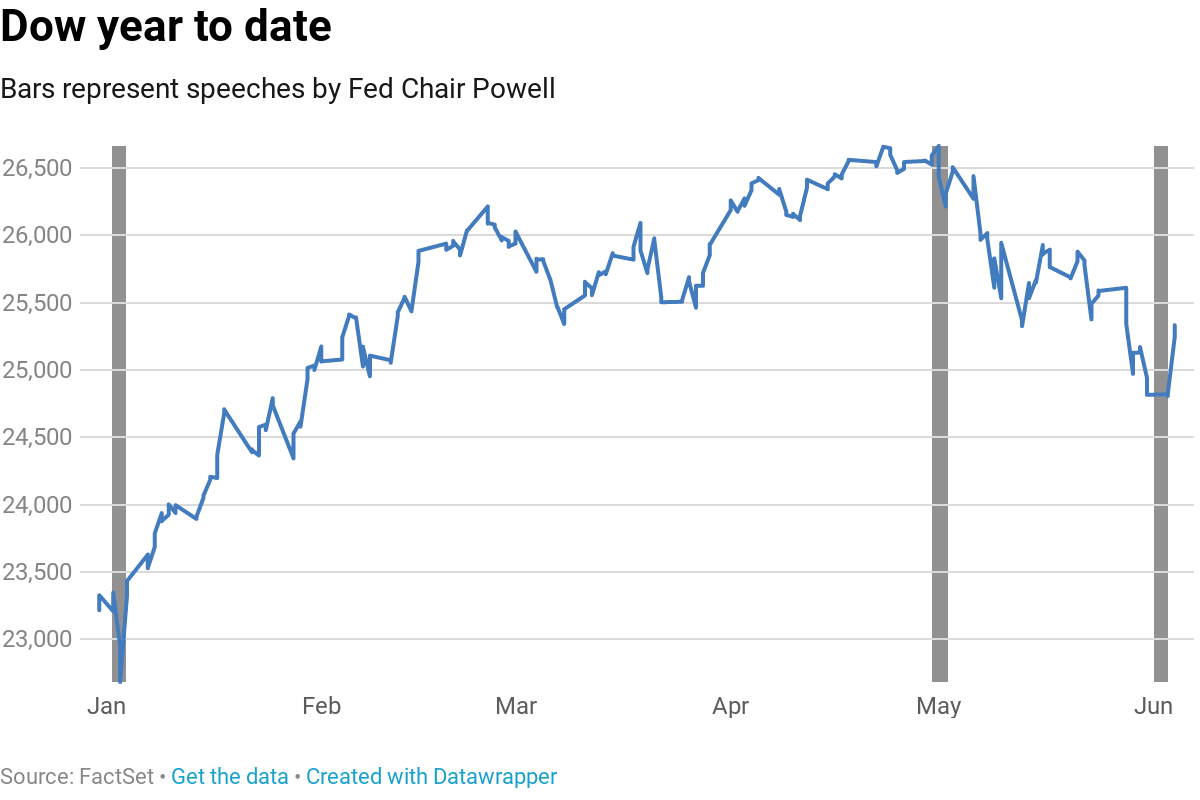 “Powell’s assurance the Fed will ‘act as appropriate to sustain the expansion’ was confirmation that not only is a rate cut on the table, but it is nearing on the horizon,” Ian Lyngen, head of U.S. rate strategy at BMO, wrote in an email. “Risk assets improved in the wake of the dovish undertones; at least that aspect of Tuesday’s price action fit with our broader understanding of the world.”

“A preemptive cut was priced-in, which suggests if the Fed doesn’t follow-through it will be risk off,” he added.

WATCH: Fed will ease by end of summer, says economist