Comparing the action in the S&P 500 and the VIX — the CBOE Volatility Index that gauges investor sentiment — there is reason to wait before adding more holdings to a portfolio, according to one of the “Mad Money” host’s colleagues at RealMoney.com.

Carmer said “the charts, as interpreted by Mark Sebastian, suggest we are due for a bit of a pullback.”

He credited Sebastian, who founded the Option Pit trading education firm, for a late-April prediction that the market would sell off temporarily. The VIX, often dubbed the “fear gauge,” gave clues that investors then were “still afraid,” which preceded a month of “very ugly and choppy” trading in May, the host noted.

“And given [Sebastian’s] recent track record reading the Volatility Index, I gotta take him seriously. He’s been dead right,” Cramer said. “He’s not saying look out below, but he does say we’re going to get some turbulence.”

The S&P 500 in the past five trading days has expanded 5%. The VIX index initially fell from nearly 19 points, which Cramer called “textbook rally action.” However, the volatility measure has hovered in the high 15-point to low 16-point range since Thursday’s session as the S&P kept climbing.

A rising S&P 500 and plateauing VIX is a kind of situation that Sebastian worries about, Cramer said, because the two indexes should be inverse of one another. Any other movement indicates that something could be wrong.

“For the past couple of years, almost every time the VIX and the S&P rally together, the markets quickly had some sort of sell-off,” the host said. “The most notable one was in January of last year” as illustrated in the longer-term chart below. 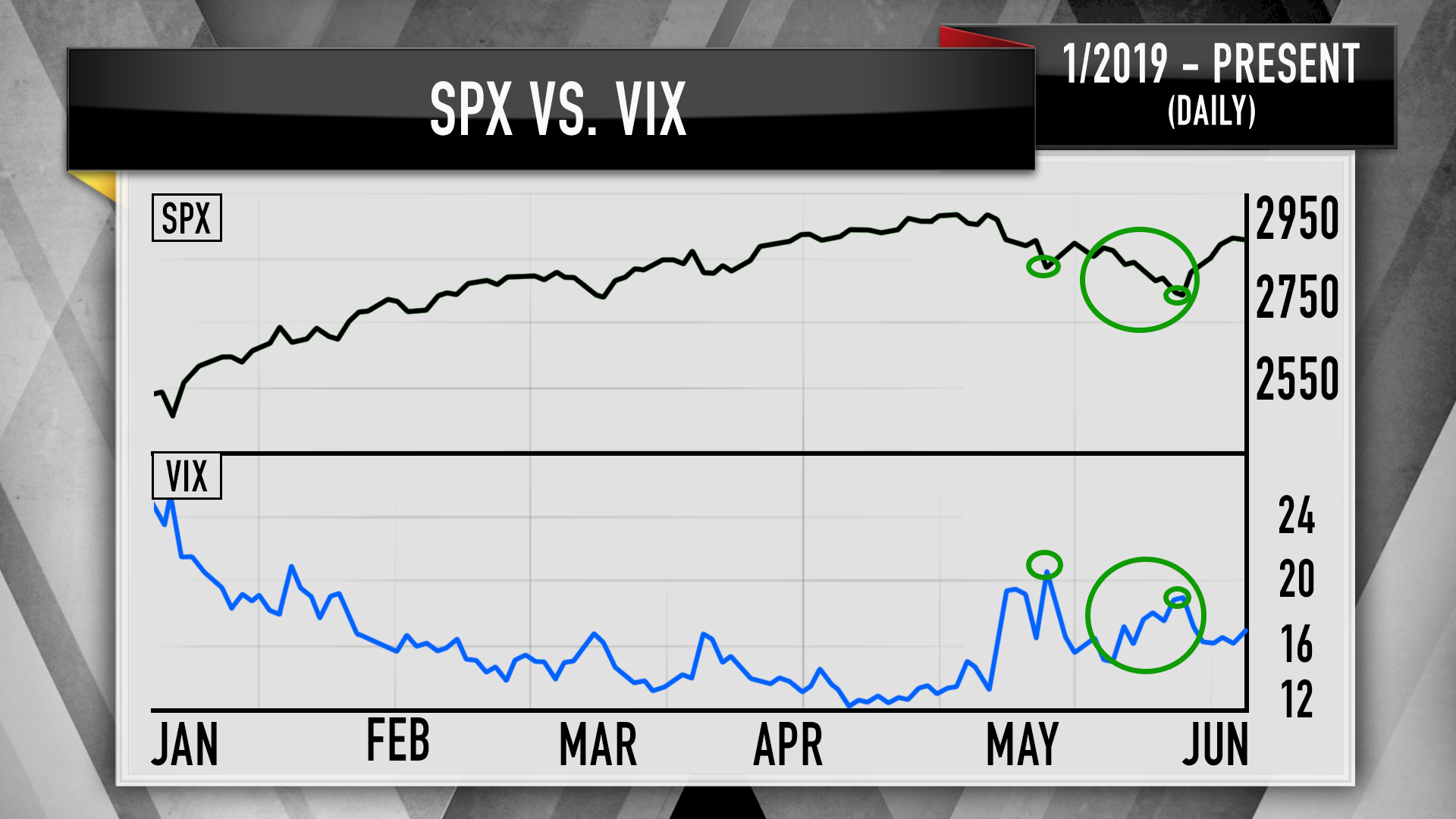 Sebastian, Cramer explained, does not expect the market to dive as dramatically as it did in January 2018. Still, there’s reason to be cautious.

“This action tells Sebastian that the fun may be over, at least for the moment,” Cramer said. “The Volatility Index refusing to go much lower is a problem. It means you need to be careful when you see the averages rallying like [they did] this morning, because those gains could be rolled back.”

Sebastian suggests that the S&P 500 should pull back for a couple days, creating buying opportunities. Then the market can have a “slower, more logical and methodical rally,” Cramer said. Until the

The host warns that chasing stocks after a big run is dangerous business. Days after the major averages posted their best weekly performances in 2019, Wall Street saw the market finish in the red.

Until the market pulls back, Sebastian “thinks the VIX is going to stay above 16 and the stock market’s going to chop. I agree with him,” Cramer said.